In today's flashback to 1987, we saw the ARIA chart debut of Bon Jovi. Five years later, another seminal rock band landed their first top 50 single in Australia. But in 1992, I was less interested in them and more taken by a dance duo from Benelux. 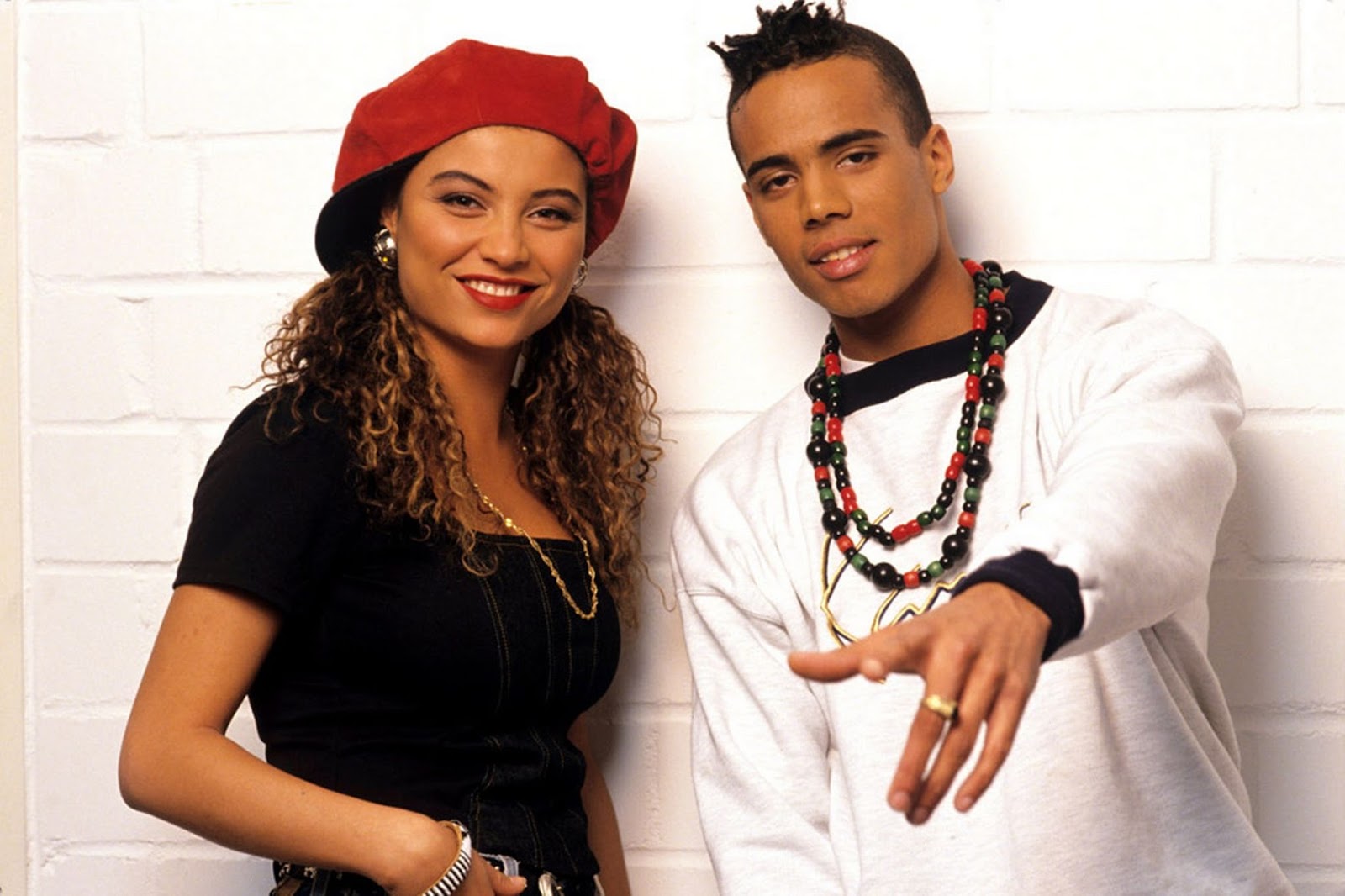 2 Unlimited got ready for a string of dance hits

Stepping into the void left by the decreasingly successful wave of club acts that'd surfaced in 1989-90, the pair's blend of techno and Eurodance would prove irresistible in the years to come. They'd even almost top the chart with their debut single.

An Australian dance group was at the top of the ARIA chart this week in 1992. "Love You Right" by Euphoria held on to the number 1 spot for a second and final week.

Number 99 "Too Much Passion" by The Smithereens

A third and final top 100 entry for the New Jersey rock band. The single from The Smithereens' fourth album, Blow Up, was also their biggest US hit, reaching number 37.

The Danish rock band had almost infiltrated the top 50 with a couple of songs from previous album No Fuel Left For The Pilgrims, but this single from Riskin' It All was no "Sleeping My Day Away".

Number 93 "Boulevard Of Broken Dreams" by The Beatmasters

The dance act's final single before they concentrated instead on production and remix work, especially for The Shamen. "Boulevard Of Broken Dreams" samples Marlena Shaw's "Woman Of The Ghetto" - also heard in The Blue Boy's "Remember Me".

It'd been a UK number 2 at Christmas, but Australia passed on this big ballad from Diana Ross's The Force Behind The Power. She'd later re-record it with Westlife and just miss the UK Christmas number 1 spot again.

Like The Smithereens, this was Troy Newman's third and final top 100 appearance. With the last two of those under-performing, the Australian singer was dropped by his label.

This follow-up to "Just Like You" brought Robbie Nevil's chart career to an end as well. After this, Robbie focussed on songwriting and production work for other performers.

After the world-conquering "Set Adrift On Memory Bliss", hip-hop duo P.M. Dawn didn't do so well with the follow-up. Could it be any coincidence that "Paper Doll" wasn't based on an instantly recognised sample? Perfectly listenable if somewhat repetitive, "Paper Doll" did feature samples, but of drum patterns rather than a hook from an '80s classic. Attrell and Jarrett Cordes wouldn't have another really big hit in Australia until they repeated the formula that'd made "Set Adrift..." so successful.

"Open Your Eyes" by Black Box

There were just nine tracks on Black Box's debut album, Dreamland, including the title track, which only went for two minutes. And yet, the Italo house act issued a sixth single from it in the form of "Open Your Eyes". Remixed from the album, the track received only a half-hearted promotional push with the video below cobbled together from previous clips for "Everybody Everybody" and "Strike It Up".

As a result, it became Black Box's first single to miss the top 50. An extended version of this single mix of "Open Your Eyes" could also be found on Black Box's remix album, Mixed Up! - a release that surprisingly didn't include megamix "The Total Mix". Even more surprisingly, the group would lift a seventh and final single from Dreamland - but if "Hold On" was released in Australia, it missed the top 100 completely.

Number 46 "Get Ready For This" by 2 Unlimited

As Black Box's time as one of Australia's favourite dance acts drew to a close, 2 Unlimited were poised to take their place with debut single "Get Ready For This", which had been a massive hit in Europe towards the end of 1991. There were actually two duos involved in 2 Unlimited - 1) Belgian producers Jean-Paul DeCoster and Phil Wilde, who had written the music for "Get Ready For This", and 2) Dutch rapper Ray Slijngaard and singer Anita Doth, who added their parts to the instrumental track.

Ray had worked with the producers in their previous guise as Bizz Nizz (although not on their UK top 10 hit, "Don't Miss The Partyline"). He and Anita became the faces of 2 Unlimited, even if their vocals were edited out for the Orchestral Mix, which became the main version of the song in the UK. Both versions were included on the Australian release, but I've always preferred the longer mix (below) which retains their input.

"Get Ready For This", which was sampled in Kylie Minogue's current hit "I Guess I Like It Like That", was the first of a string of chart hits for 2 Unlimited, but would end up being their biggest single locally. It was also the act's only major hit in the US - although not until 1994, when it finally reached the top 40 there - and continues to be used by American sports teams and cheer-leading troupes.

I didn't think I knew this minor hit from John Mellencamp, but it was definitely familiar when I gave it a listen. Although, it also sounds like any number of other John Mellencamp songs, so it could be that. That said, I like the laidback "Again Tonight" much better than previous single "Get A Leg Up", even if it turned out to be a much less successful single locally.

Their own songs like "I Say Nothing" and "Don't Call Me Baby" had really deserved to do much better, but Voice Of The Beehive finally achieved the chart success that'd so far eluded them with this brilliant remake of The Partridge Family's 1971 chart-topper, "I Think I Love You". Taken from their pun-tastically named album, Honey Lingers, the cover version would prove to be the only substantial hit for the band fronted by sisters Melissa Brooke Belland and Tracey Bryn, and featuring Madness drummer Woody in its line-up.

With Nirvana firmly ensconced in the ARIA top 10, along came Pearl Jam with their debut single, "Alive" - and so, the grunge scene was off and running in Australia. The song that'd gained Eddie Vedder the job as singer of the group, "Alive" had started out as an instrumental demo to which he added his vocals after writing the lyrics. The song is an alternate version of Eddie's life story - the singer had discovered the man who raised him was his step-father and that his biological father had died some years earlier. With its angry feel and low-budget music video, "Alive" helped set the tone for the emerging rock genre. Its top 10 placing in Australia was the band's first major chart success anywhere in the world, but that was also because the song had only been given a limited release in the US at that stage.

Meanwhile in Australia, local rock band Candy Harlots burst into the top 100 at number 17 with their first EP on Virgin Records. Foreplay didn't get any higher and backtracked out of the top 50 in seven weeks, but it was an attention-grabbing appearance for a band that'd undergone a fair amount of upheaval since forming in 1987. The EP's lead track, "The Lady Shakes", veered more towards the style of rock that grunge was supplanting, which may explain why Candy Harlots never enjoyed a hit as big as this again.

Listen to this week's new entries on my Spotify playlist of all the top 50 hits from 1992:

Next week: more landmark rock singles reach the chart. Oh, good. Luckily for me, there's some songs I like in the Off The Chart and Breakers sections.